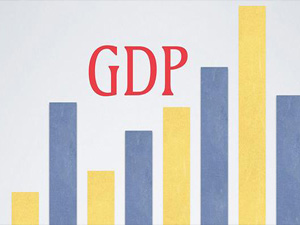 China’s economy is likely to grow by 6.8% year on year in the first quarter of 2017, driven by increasing production activities and investments, according to a report by National Academy of Economic Strategy (NAES).

The positive trend seen in 4Q 2016 has continued into the first quarter of 2017. Industrial production, fixed assets investment, real estate and infrastructure development have all gone up.  The high growth rate of industrial product prices has led to higher profitability of the secondary industry. On a slight negative note, however, due to lower foreign prices compared to domestic prices, imports also grew. House prices in big cities continued to increase over the past two months. More cities are publishing policies to restrict the overheated real estate market. Fixed asset investment also increased, driven by higher industrial prices and higher house prices. This fixed asset investments might lead to inefficiency in capital allocation, as more capital will be allocated in non-productive, second-hand capital market.

It is estimated that in the first quarter of 2017, the GDP growth rate will reach 6.8%, and CPI will reach 1.4%, according to the National Academy of Economic Strategy (NAES).

Data from the first quarter of 2017 confirms that positive turn around in the manufacturing and secondary industry in general. Already started during 2016 and this is yet another tangible proof that China manufacturing 2025 plan is turning into reality and already has a positive effect on China’s economy.

It will be very unusual for China to beat its own 6.5% as estimate. However, if the first quarter of the 2017 really were to post 6.5% GDP growth, that would be a very good result for the economy. And, more importantly, for the confidence that world economy may have on futures perspectives of China.